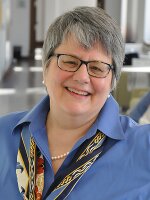 Mara Wade has been awarded a Getty Residential Scholar Grant for Fall semester 2018 at the Getty Research Institute for her new project “The Politics of Culture: Public Monuments in the Free Imperial City, Nürnberg 1521-1620.” Every year since 1985 the Research Institute has welcomed scholars, artists, and other cultural figures from around the world to work in residence at the Institute on projects that bear upon its annual research theme. While in residence, they pursue their own research projects, make use of Getty collections, and participate in the intellectual life of the Getty Center and the Getty Villa. The Fall term of the 2018-2019 Scholar Year is devoted to the theme of “Monumentality.”

The Newberry Library, Chicago, has awarded Mara R. Wade a long-term fellowship for 2016-2017 to research the new monograph"Early Modern Intellectual Networks: Emblems as Open Sources,” a social history of the emblem.

She is the 2016 recipient of the Patricia Labalme Grant from the Renaissance Society of America for research at the Centro Vittore Branca at Fondazione Giorgio Cini, Venice, Italy. Her research there focuses on “Emblems and the Self” and portraits of Hapsburg ambassadors to the Ottoman empire.

DAAD (the German Academic Exchange Service) has awarded Mara R. Wade a summer 2016 fellowship for research at the Herzog August Bibliothek on emblems and court festivals.

She has been for over a decade the principle investigator (PI) for Emblematica Online, an NEH funded multi-year, international digital humanities research project.

Mara Wade is the managing editor of the peer-reviewed scholarly journal Emblematica.

In addition to the multi-year NEH funding for Humanities Collections and Reference Resources for Emblematica Online, other recent individual grants include a research visit supported by the Alexander von Humboldt Foundation (2015), a faculty fellowship at the Center for Advanced Study at the University of Illinois at Urbana-Champaign (2014-2015), NEH/DFG Bilateral Digital Humanities Grant (2009-2013), and being named a “Senior Fellow des Landes Niedersachsens” at the Herzog August Bibliothek, Wolfenbüttel (2012-2013).

Her new book project is Open Sources: Emblems and Early Modern Intellectual Networks. In digital terms, the “open source” model generates collaborative communities based on the modification, extension, and wide distribution of a source code along diverse paths of communication. These aspects of “open source” also describe the dynamics of the early modern emblem, a combination of texts and pictures that were continuously modified, repurposed, and reassembled to produce new meaning for new audiences. In Open Sources: Emblems and Early Modern Intellectual Networks, I advance an entirely new argument about the role of emblems in both producing and connecting networks of learning and friendship.

Professor Wade reviews grants for the National Endowment for the Humanities (Bilateral Digital Humanities Program), American Council of Learned Societies, Deutsche Forschungsgemeinschaft, European Science Foundation, Austrian Science Fund, and the Herzog August Bibliothek. She has served her disciplines in a number of capacities, including leadership roles in the Modern Language Association, the Renaissance Society of America, and the Society for German Renaissance and Baroque Literature. She served as Chair of the International Society for Emblem Studies from 2008-2014. By appointment of the State of Lower Saxony, she serves as member of the academic advisory council (akademischer Beirat) of the Herzog August Bibliothek, Wolfenbüttel (2014-2019).

Her teaching ranges from early modern German literature and book history to cinema studies, Jewish studies, and gender studies. She teaches regularly an undergraduate seminar, “Books Matter, Book Matters,” for the Campus Honors Program at the University of Illinois. She is strongly committed to study abroad and the teaching of German. To these ends she regularly works with international organizations and institutions as well as the Austria Illinois Exchange Program to promote academic exchange. She currently serves on board of the American Friends of the Herzog August Bibliothek and she is the library’s representative to the Renaissance Society of America.