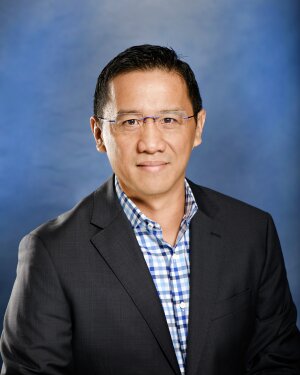 José B. Capino is a scholar of Philippine cinema and of US nonfiction and independent cinemas.  His primary areas of interest are in film historiography, colonial and decolonial visuality, melodrama, and sexuality in the cinema. His work is informed by rigorous multi-archival research and engages both cultural theory and critical perspectives in cinema studies.

His first book, “Dream Factories of A Former Colony: American Fantasies, Philippine Cinema” (Minnesota, 2010) illuminates the postcolonial imaginary of Filipino movies, focusing on work from the 1970s to the early 2000s. The book won the prestigious cultural studies book prize from the Association of Asian American Studies in 2011.

His second book, “Martial Law Melodrama: Lino Brocka’s Cinema Politics," studies political imagery and discourse in the  films of the pathbreaking and internationally renowned Filipino director. Drawing extensively from primary sources and archival material, the book offers a textured account of anti-authoritarian politics in commercial and independent films. “Martial Law Melodrama" intervenes in broader discussions of how popular cinema registers and responds to political upheavals. The book is due in February 2020.

Capino's third book project is entitled "Projections of Empire: American Documentary and United States Imperialism." It examines the changing ways in which U.S. empire has been conjured in nonfiction films and videos about its former colony. This study of colonial and deolonial visuality considers a wide range of films, from late 19th century reenactments of the Philippine-American War to 21st century television documentaries about Filipino émigré teachers in Baltimore.  The product of more than 20 years of research at archives all over the U.S. and in the Philippines, this book is based on “Cinema and the Spectacle of Colonialism,” winner of the 2003 Dissertation Award from the Society of Cinema and Media Studies.

Capino has published essays on sexuality in the cinema, American independent film, the documentary, animation, Philippine cinema, and Philippine theater. He penned the teleplay of a landmark documentary on the Philippine National Hero José P. Rizal and has translated both classic and contemporary world drama for the Cultural Center of the Philippines. His essay "A Proletarian Inferno" appears in the Criterion Collection's DVD and Blu-ray editions of Brocka's "Manila in the Claws of Light" (1976). His forthcoming work also includes essays on Clint Eastwood's "American Sniper," Khavn's "Balanginga: Howling Wilderness" and Filipino independent cinema.